What is the best country to go on safari and why?

South Africa’s parks are well maintained, staff are courteous, accommodation is equivalent to 3 star and entrance/conservation fees are the least expensive in Africa.

I suggest including a few South African parks on your itinerary. Time permitting include places like Cape Town, Blyde River Canyon and Garden route. The economical way to get around is to fly and drive.  Self – drives are our expertise, we can tailor your dream African safari. On arrival in South Africa we meet you at the airport, offer you an introductory tour of Cape Town or Johannesburg, and go through the itinerary with you in detail. Comprehensive maps, GPS (optional), brochures, vouchers and other necessary information will be handed to you. We are available for you 24/7 throughout your journey. Guided Tours – If you would like a private guided tour, you at the right place, both Gerry and I are owner/guides and shall host/guide you throughout your trip, or maybe just parts of it. Our ethos is that the tour Guide is the difference between an average and a great tour.

Whilst you are in South Africa we shall offer you optional activities and adventures at our preferential rates, discounted from 15%. They include: Helicopter flips, boat cruises, shark cage diving, whale cruises, township tours and more..

Kruger is undeniably one of the famous places in the world to go on safari. It is often the first place that comes to mind for a lot of travellers. The park is huge, bigger than Israel and home to more than 250,000 mammals, as well as 955 bird species, reptiles and interesting insects. The Kruger is mostly flat with a few hills (koppies), it conceals an amazingly rich diversity, with 7 ecosystems. I recommend at least a 3 day stay in the Kruger.

Rest camps are numerous, but the better ones often require booking well in advance.

This beautiful national park is famed for its huge elephant population. Addo Elephant National Park is the only Big Seven national park in the world. The only place you’ll be able to view the Big Five: leopard, lion, Cape buffalo, rhino and elephant, in addition to the great white shark and southern right whale, which make up the Big Seven. Addo is South Africa’s third largest national park and malaria free. Addo conserves a huge variety of biomes, biodiversity, landscapes, marine region, fauna and flora .

Accommodation inside the park is recommended.laadi

The vast Kalahari Desert is a land of red dunes, infinite horizons and big skies. Here lies the Kgalagadi National Park which offers superb wildlife: the big cats include desert-adapted black-maned lions, cheetah and leopard. The Kgalagadi has an impressive bird list, particularly renowned for its birds of prey, with 49 species recorded.

Kgalagadi means ‘land of thirst’ and this outstandingly fascinating region has a special appeal all of its own. The park is trans-frontier, combining South Africa and Botswana and covering a vast eco-system relatively free of human influence.

Rest camps inside the park include Twee Rivieren, Nossob, Mata Mata and the Kalahari community lodge, !Xaus which offers interaction with the bushmen, as well as game-viewing.

Is the oldest reserve in Africa, opened in 1892 and its 99000 hectares of wilderness await you!

Hluhluwe-Imfolozi is home to the African Big 5. The park is world re known for its conservation efforts, which contributed to the park having the largest population of white rhino, they were brought back from the brink! The Umfolozi was previously used as King Shaka’s hunting grounds.

My favourite place to stay is Hilltop camp, the views are awesome.

One of South Africa’s captivating game reserves, possibly the most accessible and situated in a malaria free environment. It lies in an ecologically rich transition zone between the Kalahari and Lowveld. Game viewing is of the best, there are few trees and bush which make viewing easier. The park is home to leopards, rhinos (both white and black), elephants, lions, Cape buffaloes, cheetahs, zebras, giraffes, hippos, hyenas, crocodiles and the Cape wild dog. Many antelope species are also found here. This park is a paradise for twitchers, 370 species have been sighted here.

There is no accommodation inside the park, but plenty options in close proximity.

iSimangaliso is truly an exceptional Wetland Park on the Zululand coast. It is a World Heritage Site and offers eco-tourists some of the most diverse wildlife and outdoor experiences imaginable. iSimangaliso has 4 wetland sites of international importance, Africa’s largest estuary and the world’s highest coastal vegetated dunes.

A variety of accommodation is found in and outside the park.

BROWSE FROM OUR SELECTION OF SELF-DRIVE AND GUIDED SAFARI TOURS 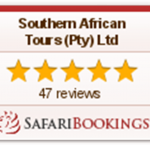 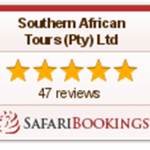 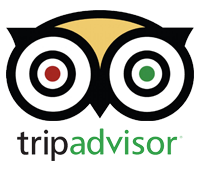